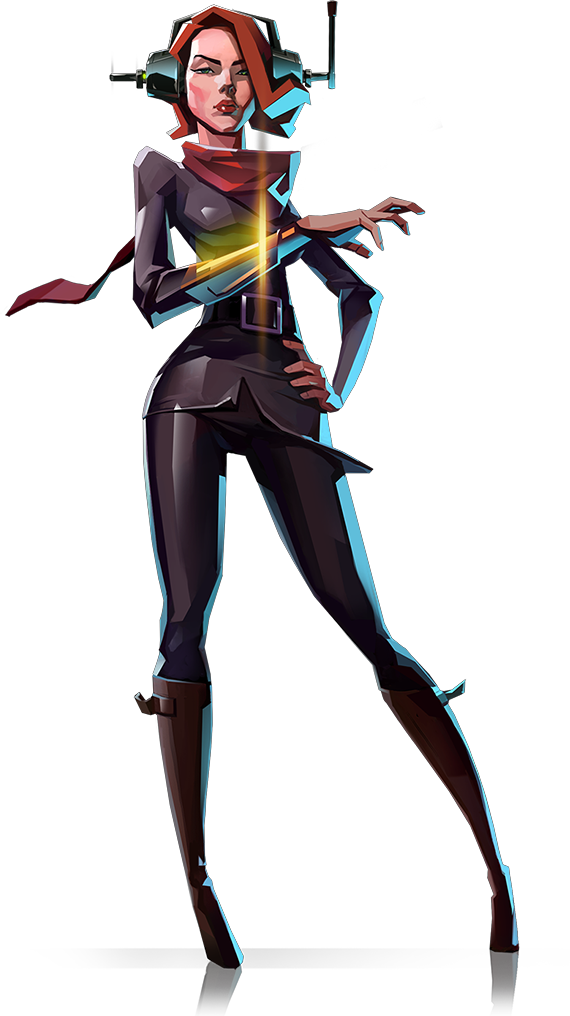 Internationale is one of the best all-round operatives I've ever seen, but she's held back by an unfortunate abundance of social concern. If used correctly, she's the bedrock upon which you can build a winning team; just don't ask her about the plight of the global proletariat.
—Central

Maria Valdes, known as Internationale, is an agent employed by Invisible. She can be selected at the start of the game in either her on-file or archive variation.

An ex-airborne scout in the Free Cuban Army, Valdes went underground after the re-annexation of Havana. Several years of freelance action against Corporate interests led to a considerable bounty on her head, and she joined Invisible for the chance to pay it off. Her tactical prowess is legendary, but her conscience can be a liability on and off the field.

During her work as a freelancer in the years following Havana's re-annexation and the San Francisco Accord, Internationale became a legend in the anti-Corporate underground. According to classified documents, she once cost Sankaku over 50 million credits in a single week of subversion and sabotage.

Some of Internationale's back-story is described in her datalog.

More of Internationale's dialogue can be found on the agent banters page.