Plugs into most industrial devices to supply temporary backup power in case of emergencies.

Universal Power Cells have no other use, cannot be sold, and are not kept between missions. They do not occur in the OMNI Mainframe mission.

Universal Power Cells are found in the Contingency Plan DLC. 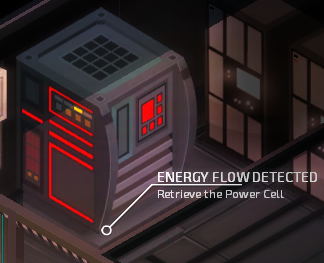 Redundant Power Relays should not be confused with the Power Relay Station side-mission, which has a similar name but is unrelated.