You are here: index » cover
cover

End your agents' turns with their backs against cover objects. It'll lengthen their life expectancy.

Cover can also be used to hide knocked-out or lethally-wounded bodies of agents or guards, rebooting or destroyed drones, and suspicious items. Even if a guard notices an agent behind cover, they cannot see the agent, nor can they overwatch or shoot them. 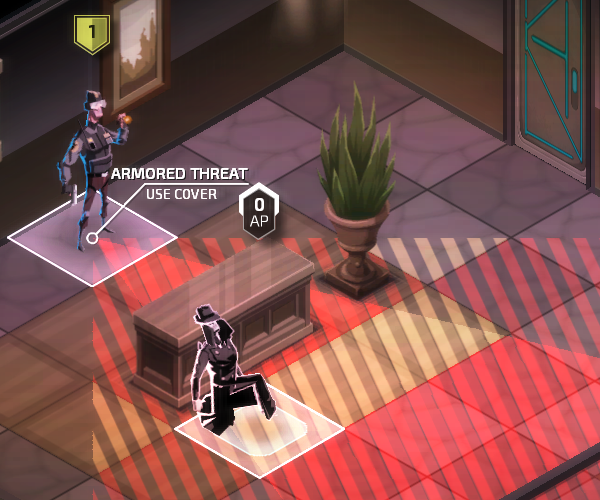 Decker takes cover behind a desk. The yellow tiles are “hidden” from the guard. 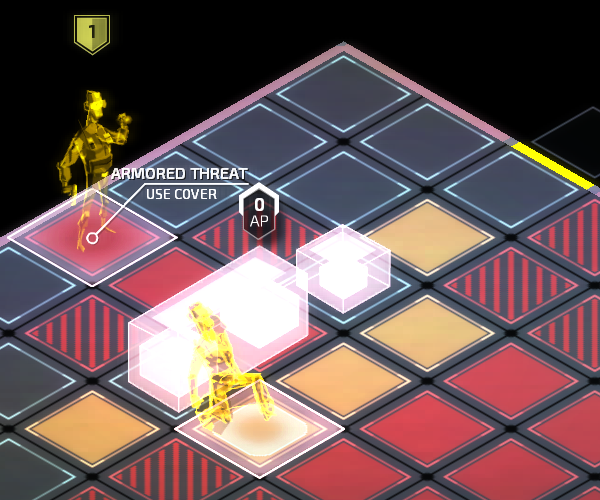 Tactical view can make it easier to see which tiles are in cover. 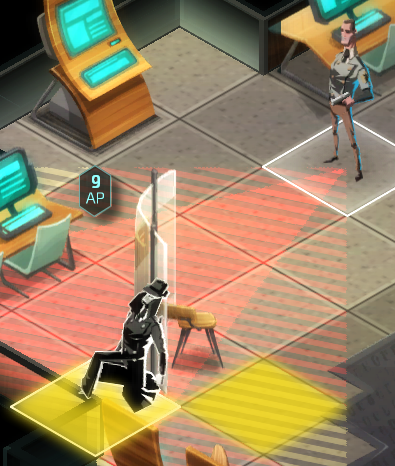 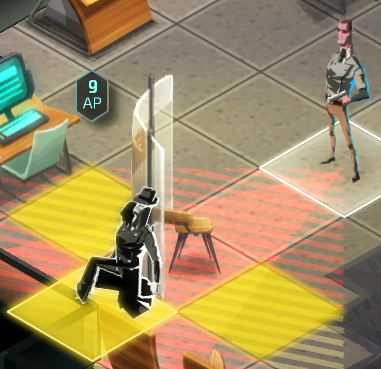 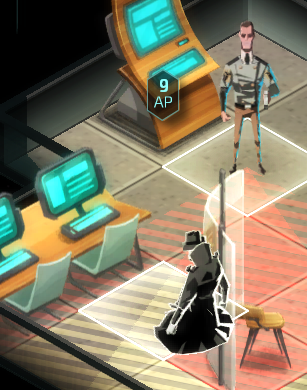 The desk provides soft cover to Decker, despite his pose.

Most decor objects and mainframe devices provide soft cover, allowing agents to hide on adjacent tiles. Tiles which are currently in soft cover from enemy vision are shown as “hidden”, and coloured in yellow; this can often be seen more clearly in tactical view. Soft cover only blocks enemy vision, not the agency's vision.

When an agent is taking soft cover, they are usually (but not always) shown either as crouching, or with their back against the cover object, instead of standing upright. This is purely a graphical detail; in particular, when an agent is in cover from multiple directions, the direction they are facing or the way they are crouched does not matter.

Most tall cover objects also provide soft cover. There are a few decor objects such as the K&O office lamp which do not provide soft cover, despite their appearances. To see whether a particular object provides soft cover, hover the cursor over an adjacent tile; a faint “eye” icon indicates that the tile is in soft cover from that direction.

Guards, cameras and turrets always see the adjacent tiles in front of them, even if there is a cover object on the same tile as themselves. For example, a Console never provides cover from a Security Camera on the same tile.

Tall cover objects block line-of-sight completely. Unlike soft cover which only hides certain things from the enemy on adjacent tiles, tall cover blocks vision for both the player and the enemy on all tiles behind it. Tall cover also blocks scans by drones and Enforcers, and the area of effect of Flash Grenades and Flash Packs, which are determined by line-of-sight.

All decor objects which provide tall cover also provide soft cover, except for the folding dividers in some objective rooms which are tall cover but not soft cover. 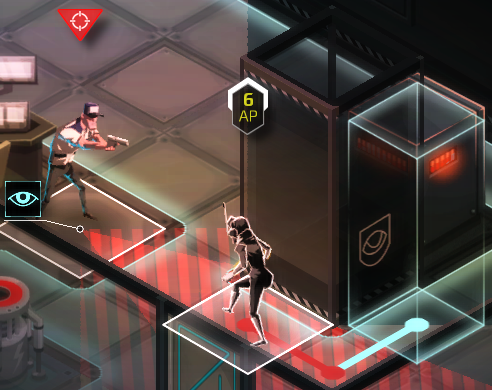 Walls and closed doors are hard cover. They provide soft cover, and block line-of-sight like tall cover, but additionally it is not possible to move diagonally around their hard corners.