Emitters are security measures which emit laser beams. Depending on the type of Emitter, it is either impossible for an agent to walk through the beam, or there is a penalty for doing so (even if the agent is disguised, for example by Prism's Holo Projection Mesh). The type of Emitter(s) which appear in a facility depends on the corporation the facility belongs to. 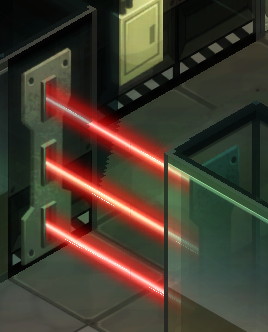 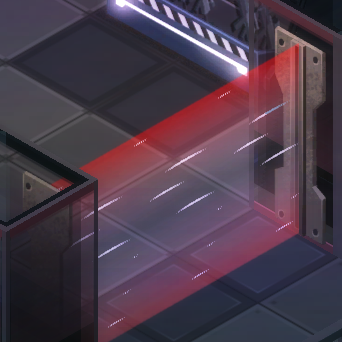