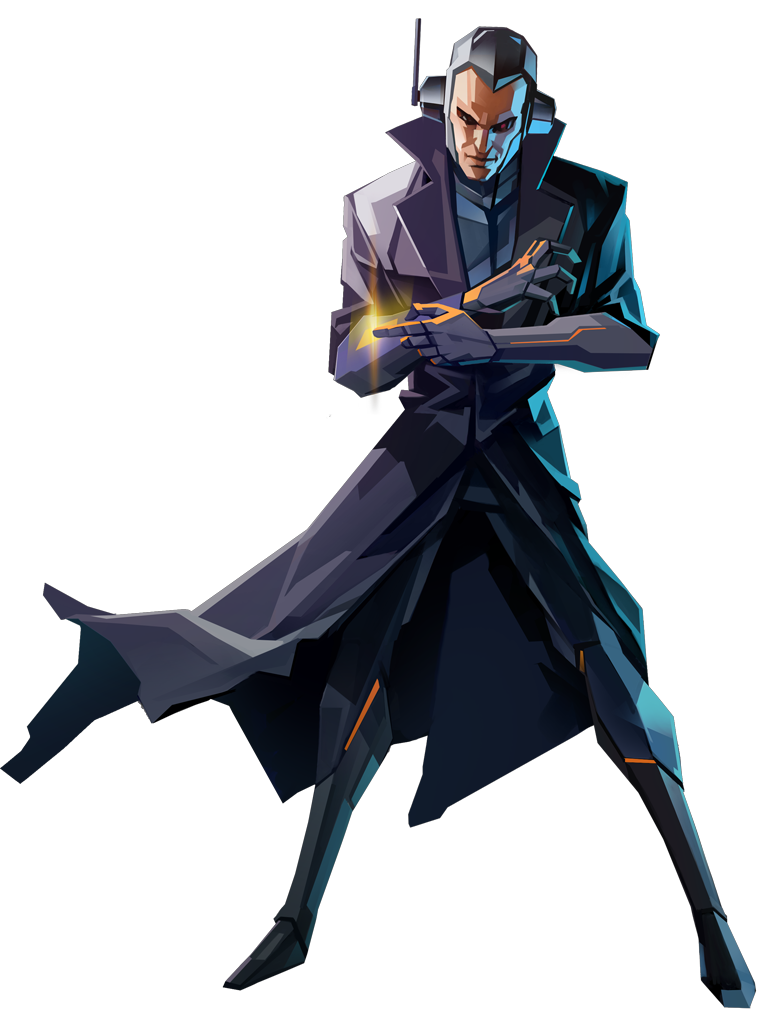 Most people find Sharp off-putting because of his cybernetic enhancements. I find him off-putting because he's a sociopath with almost no regard for human life. I shudder to think what he's capable of, and I say this as a person who spends most of her time interfacing with a disembodied artificial intelligence.
—Central

Alex McTeague, known as Sharp, is an agent employed by Invisible. He can be selected at the start of the game in either his on-file or archive variation.

It is arguable whether or not the human being born as Alex McTeague still exists. Driven by an obsession with perfecting his form, he has replaced most of his parts with a mechanical or vat-grown replacement. Originally funding his transhumanism through corporate bounty hunting, he joined Invisible when his augmentation ambitions grew beyond what is available on the open market.

Sharp's technological make-up is in constant flux as he tinkers with, and replaces his augmentations. During his bounty hunting days, he preferred a more methodical, precise approach. Freed from the biological weaknesses like fatigue and hunger, he would slowly but relentlessly track down targets and eliminate them from a safe distance. And from down wind, since he hadn't yet worked out the finer details of his waste disposal subsystem.

Some of Sharp's backstory is described in his datalog.

More of Sharp's dialogue can be found on the agent banters page.