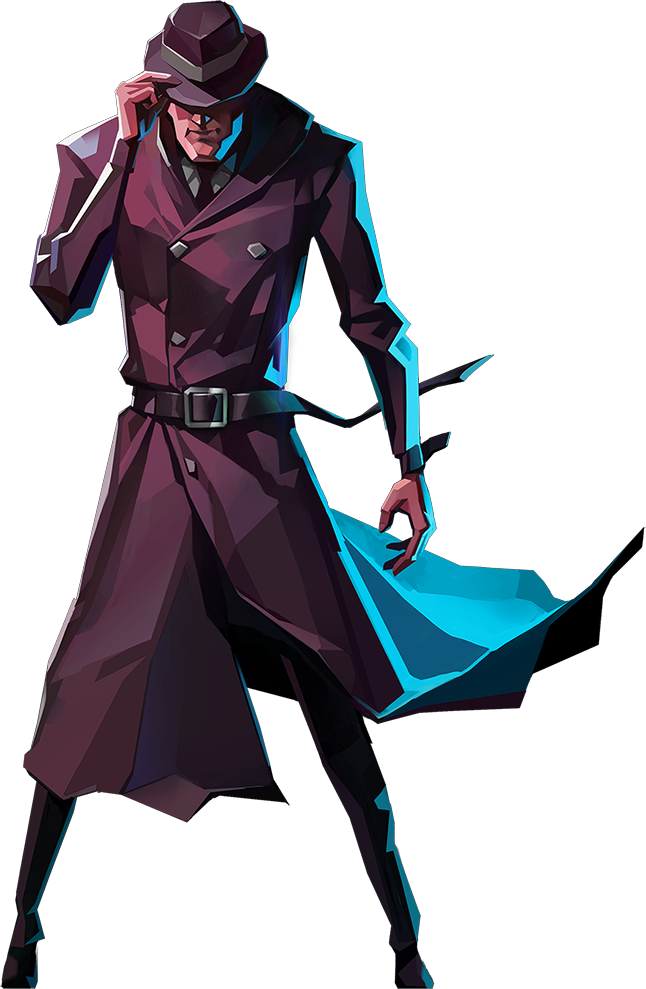 I found Decker living in a bottle after his termination. He's cleaned up since then, but I keep eyes on him, just to be sure. The 20th century thing is an unfortunate affectation, but I'm not paying him for his fashion sense.
—Central

Brian Decker, known as Decker, is an agent employed by Invisible. He can be selected at the start of the game in either his on-file or archive variation.

Decker affects a persona from a bygone era as an act of protest against a world gone mad for technology. Quick on his feet and with his fists, rumour has it that he's packing more augmentations than he's willing to admit. He was chief of security for K&O's California branch until an escalating love affair with the bottle chased him out of the Corporate world.

Before being shunned out of the executive ranks of the Corporate world, Decker used his significant salary to track down and acquire antiques from decades past. To believe the rumours, his nostalgia was so strong that he even made some ludicrously expensive modifications to keep some antiques usable in the modern age.

Some of Decker's back-story is described in his datalog.

More of Decker's dialogue can be found on the agent banters page.