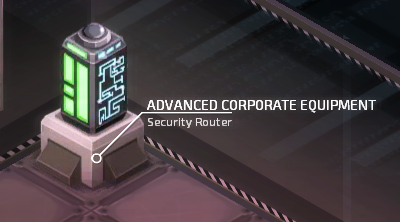 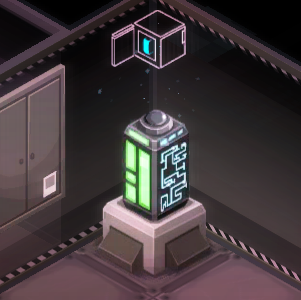 A Router which has been hacked. 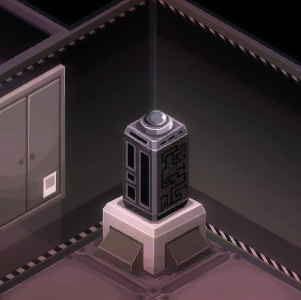 A Router which has been looted and permanently disabled.

Routers are a security measure which appear in some FTM facilities at mission difficulty 2 and higher. While a Router is active, it adds 1 firewall to a random mainframe device at the start of each turn, except the first turn of the mission.

Routers are mainframe devices which can be hacked, or disabled temporarily by rebooting them. A hacked or rebooting Router can be looted to acquire a Valuable Tech item, after which the Router becomes permanently disabled. They also provide soft cover, allowing agents to hide on adjacent tiles.

If there is a Router (or multiple Routers) in the facility, then Central will make an announcement about it on the second turn of the mission, and the player will be notified each time a firewall is added to a device.

Routers are found in the Contingency Plan DLC.

Routers can be more or less of a problem depending on your loadout and strategy.

If you are routinely short of PWR for hacking, then you will normally want to hack Routers as a priority, since doing this lowers the cost of hacking other devices. This makes exploration more important, and in some cases it may worth saving PWR to hack the Router by not hacking some optional devices before the Router is discovered.

Routers are less of a problem when you have plenty of PWR to hack, when you can use EMP Packs or Dr. Xu's Subdermal Tools to disable devices without hacking their firewalls, or otherwise when there are many devices you don't need to hack. Routers are also less of a problem when you have higher-tier Buster Chips than would normally be required for the firewalls in the mission, or the program Oracle which hacks Security Cameras regardless of their firewall level.