You are here: index » peeking
peeking

Agents, rescued prisoners and couriers, and human guards are able to Peek during their turn, giving them increased vision for the duration of the peek. Peeking functions differently for guards than for player controlled characters.

Agents, rescued prisoners and couriers can peek at the cost of 1 AP at any time during their turn. When an agent peeks, they gain additional vision in the following two ways:

This vision lasts until the agent moves (or is KOed or lethally wounded); it will not automatically go away during the corporation turn, nor will it be reduced if a door is closed after the peek. This means that it is possible to scout patrols in adjacent rooms by opening the door, peeking, then closing it again, and not moving the agent again that turn.

Agents will never be seen by peeking, and the direction the agent is facing does not matter. Peeking is particularly important in Expert Plus mode, where danger zones are hidden, and moving agents through doors or around hard corners can result in them being seen by a guard or camera that was previously hidden. Conversely, if an agent peeks, you can see anything that would see that agent on adjacent tiles.

We're investigating the scene!
—A guard

Human guards peek once they have reached an interest point. When they peek, all their vision cone becomes primary vision, and they turn 45° to the right, then to the left. This means that a guard with a standard 45° primary vision cone and 90° secondary vision cone will see a total of 180° when peeking. Guards always look right before looking left, in case multiple suspicious things are in the room.

Guards will also notice agents that they could see if they were one tile further in the direction they are facing (but cannot from their current tile, due to cover), provided the tile in front of them is not a tile providing hard cover or tall cover. If they notice an agent, they will not investigate that tile until their next turn. 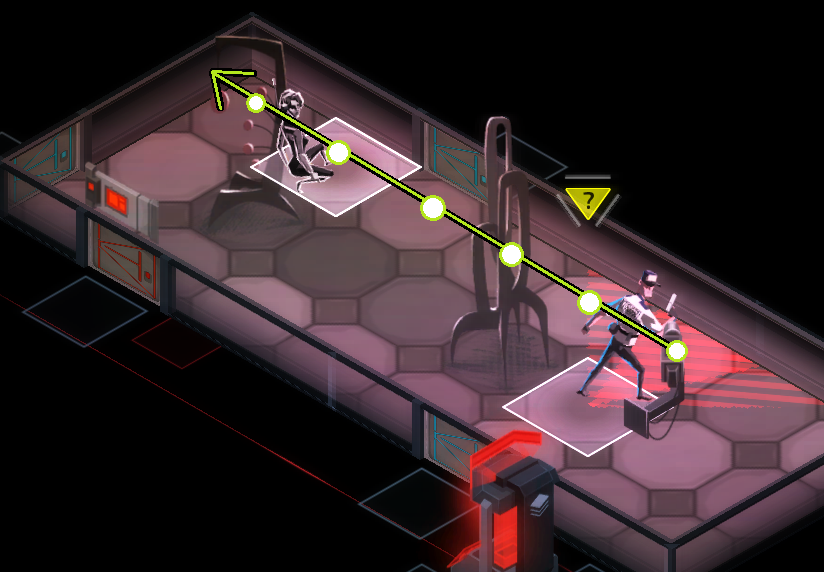 The guard looks left along the green line, noticing Internationale behind cover. 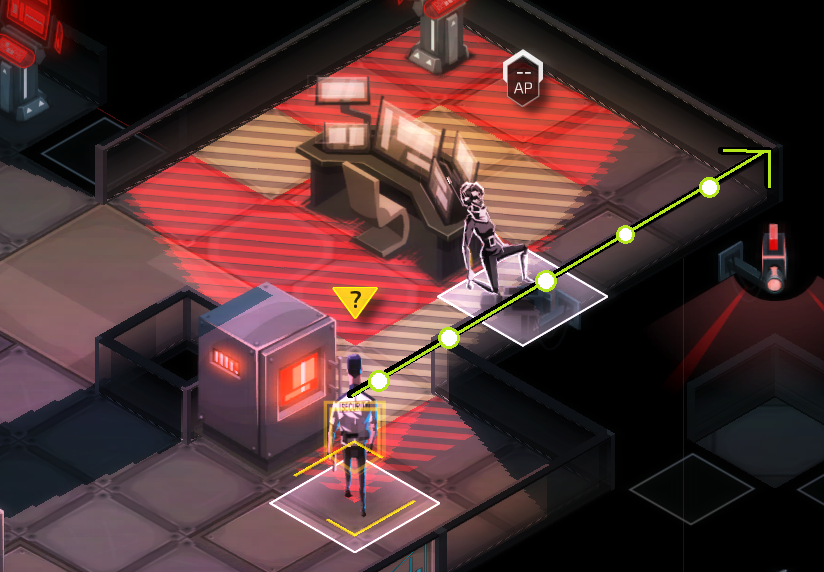 From a diagonal peek, the guard looks right along the green line, noticing Internationale behind cover.

However, if all tiles looking sideways from that position are in cover from that angle, then the guard will instead try to notice agents by looking forwards from one tile to the side. 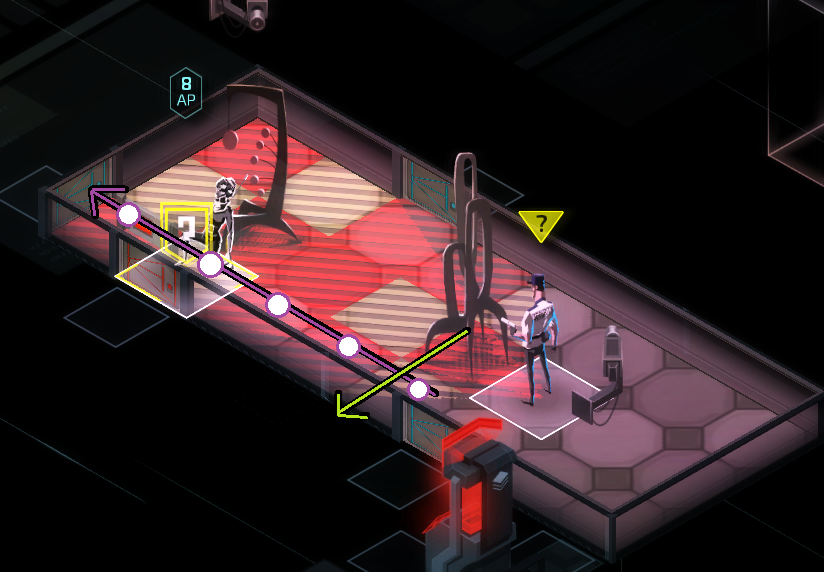 All tiles along the green line are either cover or in cover. The guard checks along the purple line instead and notices Internationale.

Drones are not able to peek, even when hacked; in situations where a guard would peek, drones use their Local Scanner instead.