You are here: index » console
console 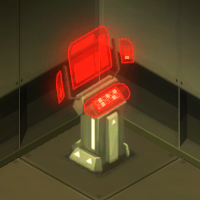 Consoles are devices found in all facilities. Consoles can be hijacked to gain PWR, or to gain credits using an Econ Chip. Each Console can only be used once.

Consoles provide soft cover, allowing agents to hide on adjacent tiles. The locations of all Consoles in the facility can be revealed by hacking a Console Database. 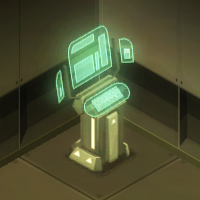 A Console that has been hijacked.

A Console can be hijacked by an agent on an adjacent tile, or by Internationale from up to 6 tiles away using her Wireless Emitter augment. When a Console is hijacked, it gives PWR equal to the Console's base PWR plus any bonus from the agent's Hacking skill.

Consoles can be hijacked using Accelerator Chips for additional PWR, or using an Econ Chip to gain credits instead of PWR.

Using an EMP Pack in range of a Console will cause it to reboot, temporarily preventing it from being used.

The number of Consoles in a facility depends on the corporation.

Additionally, there are always two extra Consoles in the objective room of a Server Farm mission.

The total base PWR of all Consoles in a facility is always 10, except when using custom campaign settings to change the number of Consoles. This means that the average base PWR is lower when the facility has more Consoles.

Consoles have higher base PWR when they are further away from the starting room and the exit room; this information can be used to estimate the location of the exit room.